Ukraine have been one of the surprise packages of the Euro 2016 qualifying campaign for far. They were not expected as one of the contenders in the group, especially when they opened the campaign with a 1-0 defeat against Slovakia. Since then, however, Ukraine have notched up three consecutive victories and it has propelled them to a great position in the table. Manager Mykhailo Fomenko, who took charge of the team during difficult circumstances, says that he is extremely happy with the discipline shown by the players. The latest win came in the form of a 3-0 score against Luxembourg.

Admittedly, Luxembourg were not expected to get anything from the match, but still Ukraine played well and will be taking a lot of confidence into the upcoming matches. Slovakia continue to lead the table after getting four consecutive wins. They have a three-point advantage over Spain, who are only ahead on goal difference. Ukraine are stll rank outsiders for the European Championships, at 100/1 (England can be backed at odds of 12/1). 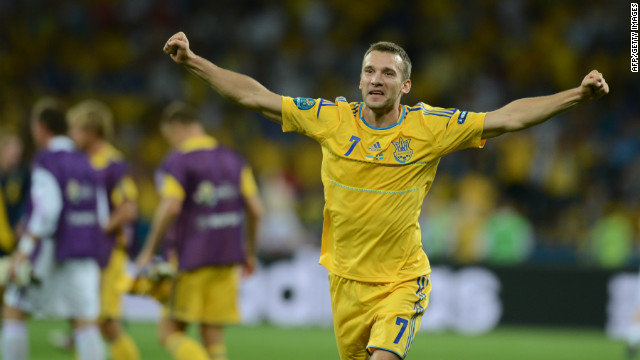 Yarmolenko was one of the best players in the latest round of Euro 2016 qualifying matches, as he completed a hat-trick in the 56th minute. Two of his goals came in the second half and were separated by only three minutes. Ukraine have a friendly against Lithuania, who are once again not given much of a chance.

“At the beginning of the match Luxembourg were on top a bit and had three good chances to score. We reacted with discipline and thanks to that we got the first goal. In the end the result says that we were disciplined. Our way of playing tonight shows that we were much better than against Slovakia. It was not easy to prepare for this game because we had many injured players and this has been the case since the beginning of our Euro campaign,” said the Ukraine manager.