Theo Walcott says that he is confident Arsenal will be able to bring back the glory days of the Invincibles. Arsenal remain as the only team in Premier League history to have won the league title without suffering even a single defeat over the season. A number of clubs have come close to matching this achievement.

Chelsea are probably the closest club to have come close to beating the record since the 2003-04 season. The Blues suffered only three league defeats throughout last season and ended up being the champions. Arsenal finished 12 points adrift of Chelsea, but Walcott is confident that the gunners will reclaim the title once again.

More importantly, Walcott sees the return of the Invincibles but this time with the Emirates stadium. No player from that legendary team still remains at the club. Even the presence of Walcott at the Emirates stadium next season has been spoken with a lot of doubt – one website reckons he’s more likely to be playing elsewhere… 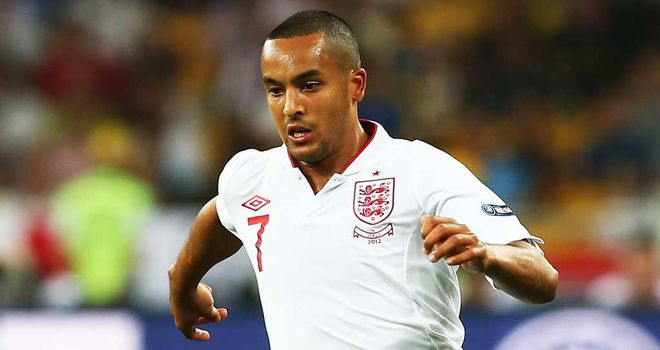 Since he has only one year left on his deal, there is a possibility the England international choosing to bring about a change in scenario in his career for the first time since 2006. Walcott has played only for Arsenal since his departure from Southampton. Wenger remains confident that Walcott will sign a new contract.

“The club is going to move on from where it was. We had some fantastic years just before I came here and I think we are going to start to get those back, definitely. The fact that we always qualify for the Champions League has never changed and that’s great. But it’s been a long time coming. It’s a massive club – it always will be a big club and I think it’s getting bigger and bigger. We’ve been at the Emirates for nine years and that’s starting to be like a big fortress,” said Walcott.